Have your say on mechanical restraint

Thank you to everyone who contributed to this consultation.

The consultation period is now over, so keep an eye out for more on how we're responding to your thoughts on mechanical restraint. 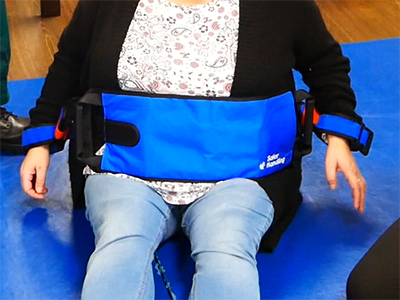 Restraint is a really sensitive topic. When we talk about restraint, we usually think about someone being held down. But ‘restraint’ can also mean ‘restrictive interventions’.

These can be anything that restricts somebody’s movement and may include things like medication/rapid tranquilisation, being held or secluded.

Restraint is NEVER our first option. In the first instance, our approach is to use techniques that prevent, de-escalate and manage behaviour of concern. However, there may be times when people with certain mental health conditions or difficulties may react to distressing or confusing situations in ways that are harmful to themselves or others. In situations like this, there may be the need to use restraint to protect them and to keep them and others safe.

One way NAViGO staff are trained to keep individuals safe that may be trying to hurt themselves, or are having thoughts to, is to use a ‘physical restraint’ - a safe, ethical method which involves body parts of the at risk individual being physically held, to keep them safe. This often requires three (or more) staff members to carry out. It can be used while the service user is lying down, sitting or standing. But never face down to ensure safety.

Even if a restraint is taking place it will always be for the shortest amount of time possible while other de-escalation techniques are applied.  Both NAViGO and RESPECT have an ethos of ‘No Pain, No Panic’ when restraint is required. All of the techniques and restraints that are used are biomechanically and psychologically risk-assessed.

So, why are we talking about restraint?

NAViGO and RESPECT Training are currently considering introducing soft cuffs – a type of mechanical restraint - as an option for people who may need to be restrained. And we’d like to know your thoughts.

We really believe that the people who use our services should help shape and develop them for both themselves and other service users.

We held a number of consultation sessions in January where you could share your thoughts and ask questions.

We also thought it may be helpful to provide you with some useful questions and answers to give you more detail. 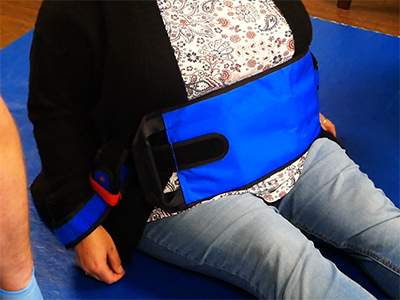 Mechanical restraint is when a device is used to restrict movement.

You may be picturing a big machine holding somebody down, a straitjacket or leather belts on a bed, this is not what we are talking about.

We are talking about a fabric, Velcro system called soft cuffs. These cuffs can be placed on someone’s wrists and/or legs to aid a restraint and keep people safe in exceptional circumstances.

We are looking at introducing soft cuffs as an option for some people who may need to be restrained.

In an ideal world, we would like to never restrain, however, when people are unwell there are occasions when other de-escalation skills don’t work and people need to be restrained for their safety and the safety of others.

The National Institute for Health and Care Excellence (NICE) recommend that restraint last for no more than 10 minutes before alternatives are considered. At times, one of these alternatives may be to call the police if we are unable to keep everybody safe. The police use metal handcuffs that may cause bruising and focus on criminality rather than illness.

We hope that for some people, the introduction of soft cuffs may reduce the need for police intervention and keep your, your friends and family’s care within NAViGO – specialists in providing mental health services. 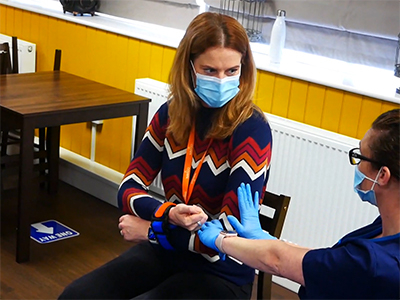 Mechanical restraint would only ever be used as a last resort to keep people safe.

This means that we would try and manage difficult situations using a variety of other de-escalation strategies first.

Mechanical restraint would be used for the least amount of time possible with strict decision making from senior staff members and accountability surrounding their use.

We operate an ethos of ‘no pain, no panic’. This would also apply if we were to use soft cuffs.  RESPECT techniques would be adapted to ensure that the use of soft cuffs is comfortable and pain free.

We really value our environments and want to manage situations calmly and quickly to benefit everybody involved, using soft cuffs may allow staff to de-escalate situations quickly and safely.

Using mechanical restraint may mean that there is less need to transfer service users to Psychiatric Intensive Care Units or seek police intervention.

Mechanical restraint may reduce the potential for injury to staff or service users if there is a restraint taking place.

NAViGO are aware that for some people being restrained on the floor by three or four adults could re-ignite past trauma. Mechanical restraint or soft cuffs may be an alternative for these people.

Mechanical restraint may also allow touch support - whereone or two staff members gently place a hand on a service user to stop them hurting themselves, allowing greater space given to service users to help them regulate.

This could be for people who have had surgery and were trying to hurt themselves by not allowing their wound to heal, for people who are very distressed and need restraining but have said in advance that they may prefer the use of soft cuffs over three or four staff members holding them down to the floor.

We understand that people may have concerns or be worried about the use of mechanical restraint.

The two main worries are that they would be used too often and that people would be left in them for a long time.

Mechanical restraint would only be used:

This would mean that it is not purely a decision that can be made by those working on the wards and we would need to evidence that we have tried other ways to manage and de-escalate a situation first.

Any use of mechanical restraint would be presented to the NAViGO board. We also understand that emergency situations may arise which would mean a decision by the board couldn’t happen in advance. In this case, a senior manager would be part of the decision making process, along with senior RESPECT instructors and there would be a presentation to the board within 12 hours of the agreement to use mechanical restraint.

This means that people, independent from the direct delivery of care would review and make sure the decision was appropriate.

If somebody was placed in mechanical restraints they would never be left alone. Somebody would either be in arms reach or eyesight at all times. This means that they would be able to offer emotional support and be able to remove the restraints as soon as it was safe to do so.

Observations would also be made to ensure that the service user was physically well while being restrained.

NAViGO and RESPECT are reviewing lots of options to ensure service user safety and comfort during restraint and when in distress but soft cuffs are the only form of mechanical restraint that is being considered.

So far, we have had meetings with other organisations who use mechanical restraint to find out how they work in real life settings.

We have purchased a set of soft cuffs so that we can look and feel them to help us think of how they may be used to support service users.

We have had a demonstration on the use of soft cuffs and NAViGO community representatives have tried these and shared their thoughts.

We have completed a video and presentation to staff members to show them our ideas, gained their views and answered their questions.

NAViGO’s Professor Zaffer Iqbal will be assessing any psychological impacts of soft cuffs.

Our RESPECT service train lots of organisations, not only NAViGO. Many of these mental health providers already use mechanical restraints.

RESPECT feel that it would be beneficial to incorporate mechanical restraint into the training package for areas who require this. This would mean that services who choose to use RESPECT training could receive support around mechanical restraints alongside de-escalation skills, restraint methods and, importantly, we can continue to share our values and ethos with more organisations.

We value your feedback

It is really important to us that you shape our services. We value your input and would appreciate your thoughts on the use of soft cuffs.

Our consultation sessions are now over, but you can still email us at NAV.RespectTraining@nhs.net if you would like to get in touch.